Nature and Technology: Friends or Enemies? 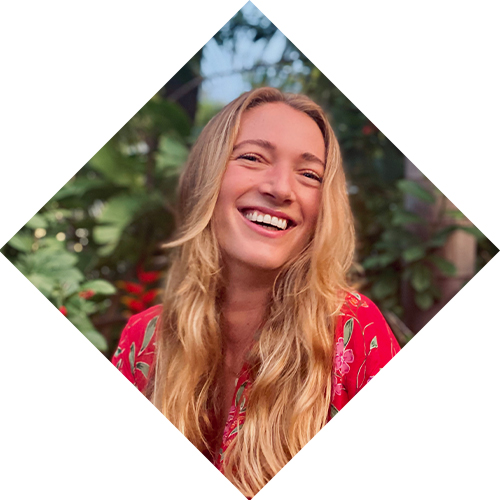 Dr. Nadina Galle is an ecological engineer, technologist, keynote & TEDx speaker, and podcaster. Nadina coined the term “Internet of Nature" (IoN) in her award-winning Ph.D. research, a concept which applies emerging technologies to better map, monitor, and manage urban nature—and to understand the human-nature connection. Nadina completed her Ph.D. at University College Dublin and MIT Senseable City Lab, as a Fulbright Scholar. Nadina sees it as her mission to convey the importance of techno-ecological knowledge to the general public. She does this by bringing IoN products to market, podcasting, teaching and mentoring students, and appearing regularly in the media. Nadina's work has been featured by BBC Earth, National Geographic, Arte.tv, Newsweek, and the European Space Agency. Since 2020, Forbes, Elsevier, and ELLE Magazine have selected her for their #30under30 lists.

Throughout human history, no trend has impacted our daily lives more than the two concurrent shifts that define the modern age: the mass urbanization of the globe and the technological revolution that powered it. The paradigms behind these trends built megacities, enabled NASA to send astronauts to the moon, brought us the Internet, and laid the groundwork for hyper efficient production that helped raise living standards for billions of people. However, with each hotter summer, cracks in the foundation of our wealth become harder to ignore. As we have often observed, the very breakthroughs that enabled modern development also threaten to destroy it.

The Internet of Nature is a new paradigm in ecological engineering. This holistic concept refers to the use of technology that is restorative rather than exploitative of nature. Unleashed by the Internet, these technologies reach wide frontiers—spanning from macro-level biodiversity-tracking to micro-level care of newly planted seedlings—unified in the aim of furthering the environments we depend on for our survival. In this article, I outline some initiatives that take nature online.

Trees with an e-mail address

In 2014, many of Melbourne’s trees dried up due to the extreme summer heat in the city. Many of them also suffered from vandalism. To solve this problem, Melbourne Urban Forest Visual mapped all the trees and matched them with an ID number and email address. The idea was to encourage residents to use the assigned email address to report any problem with the tree so that it could be addressed. However, something totally unexpected happened.

Thousands of people used (and continue to use) the email addresses for their personal messages to the trees. They express their love for the trees, their gratitude for the shade, and their apology for the dog that pees on the tree every morning. Some messages are heartwarming, and they are not only limited to Melbourne residents. Today, the trees receive letters from admirers worldwide and from fellow trees across the world.

Nature has been good to us. Over 300 studies from over 300 million researchers have confirmed that exposure to nature leads to a longer, happier, and healthier life. The NatureQuant app can help us determine how long our exposure should be before we experience these improvements. First, NatureScore analyzes and combines different datasets within a given radius, including satellite infrared measurements; GIS and land classifications; park data and features; tree canopy; air, noise, and light pollution; and computer vision elements, to calculate nature scores in an area.

Second, NatureDose tells us the optimal amount of exposure to nature we need. We indicate an activity, for example, running or cycling, and the app automatically keeps track of where we have been through the GPS tracker and how much dose of nature we have actually received. Increased exposure to nature can boost one’s immune system, improve children’s brain development, and reduce anxiety in adults.

Immersive technologies, such as virtual reality (VR) and augmented reality (AR), have become commonplace in mainstream applications. While their entertainment value is obvious, these technologies can also be used to deploy biophilic landscape design’s true dimensions and aesthetics, giving users a sense of perspective that is otherwise impossible until the landscape is built, planted, and mature. VR and AR models can also be created with varying levels of animation, interactivity, and soundscapes to create an accurate impression of a biophilic development or landscape.

For example, AECOM created 3D models and animations as part of a feasibility study for a green footbridge. These models can then be integrated into VR applications to enable users to fully experience how the concept can be seamlessly embedded in the surrounding landscape. The use of immersive technology in urban habitat design is still in its infancy, but its value in engaging stakeholders and the general public during the consultation process is clear, especially as research has shown that VR can make people more sympathetic towards causes.

It might sound crazy, but plugging nature into a city’s existing (and growing) digital infrastructure—where urban ecosystems can be described and represented through technology—might be exactly what the world needs to build the vigorous, nature-rich cities of the future.

Share on:
Back to Chapter
Go to Next ARTICLE
Fostering Personal & Professional Growth
Back to Top