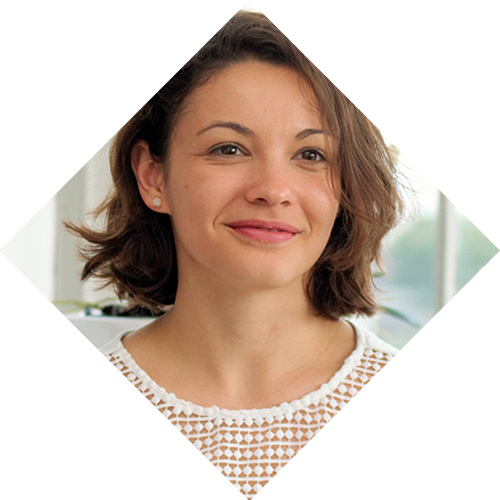 Carmen Neghina, PhD is a Senior Marketing Analytics Consultant at Studyportals. She is an experienced researcher in higher education and services marketing. Carmen has a PhD degree in services marketing, with a specific focus on value co-creation and service interactions, as well as a Master’s degree in Marketing and Business Administration from Radboud University. Her work has been published in scientific journals such as Marketing Theory and the Journal of Services Management. She has co-authored a variety of research articles and whitepapers, more recently focusing on international education, student mobility patterns, online study choice behaviour, international student satisfaction and two reports on the growth of the pathway sector. In her previous roles as Head of Intelligence and Thought Leadership Manager she has published several reports based on Studyportals data in collaboration with EAIE, British Council, and Cambridge English. Her work has also been publicized in the media, and she has offered interviews for Times Higher Education, University World News, the BBC and Washington Post.

As the world is slowly going back to normal, one thing is certain, it would be foolish to assume that the normal we knew will be the normal going forward. One of the major patterns we have seen this year is that the way countries have reacted and managed their Covid situation has had a strong impact on where students are considering studying, which will greatly impact the need for accommodation. The end of the year is always a good time to reflect on the past and review your strategic plans, preferably using data to validate ideas and assumptions going forward.

At Studyportals, we collect and analyse the search behaviour data of more than 40 million users looking for study options worldwide. This data is often revealing relevant trends and changes in what students are considering as their next study destination.

The pandemic had its impact on student destinations – to a certain extend. While some destinations remained at the top of student’s preference (the USA, Germany, the Netherlands), the last year saw winners and losers alike. As the pandemic forced distance learning and the return to on-campus delivery was a far cry, online providers surged in popularity: UK universities captured the lion share of this traffic.

Once it became clear that the pandemic entered a more manageable stage, residential, on-campus experiences rose again in popularity. This trend had significant impact on destinations that kept their border closed, like Australia, and boosted other destinations that had a positive message towards international students, such as Italy and Canada. Canadian institutions in particular enjoyed tailwinds in 2021, making them serious contenders to US institutions in the eyes of prospective students.

The current events brought cities under the spotlight: rather than questioning the long-term trend of urbanization, the discussion focused on the appeal of cities to attract global talent and their role in providing a safe environment for housing, social interaction, and education. However, drastic market shifts for on-campus programmes are putting extra pressure on the cities and destinations growing at the fastest rate, since the provision of student accommodation cannot always grow at the same rate.

The shift in student interest is not only present at a country level: urban areas within these countries are affected too. Cities in Canada and Germany appear to be capitalizing the most from the growth of student interest: Toronto and Vancouver, but also Berlin and München became more appealing over the last years, thanks also to the universities located in close proximity to their urban areas. Conversely, London, Amsterdam, Milan, and Barcelona, are decreasing in popularity. This decline is only relative though, as the overall number of students looking for options within these destinations is still increasing in absolute numbers; nevertheless, in the eyes of prospective students, they are becoming less attractive overall.

The changes in the popularity of cities are, with some exceptions, linked to the fortunes of the countries they represent. International students are aware that the urban dimension of their studies is but one of the factors at play.

For international students, finding their destination is not only a matter of choosing the right location, but also identifying with the country they will study in (often in terms of degree recognition, post-study work perspectives, presence of historical ties or expat communities). Within such framework universities can attract the interest of a global pool of mobile students, not only leveraging their strengths – academic prowess, facilities, an inclusive learning environment – but also focusing on offering programmes that are relevant to international students.

While the drivers of international mobility did not change dramatically over the last couple of years, students are becoming increasingly demanding of the countries they will choose for their education. The ways in which some countries have responded to the pandemic, the fact that some borders are still closed with little prospect for opening, will have a long-term effect on their appeal for international students. This means that we need to check assumptions, keep an eye on long-term trends, and monitor student interest as we make plans for the future.

Share on:
Back to Chapter
Go to Next ARTICLE
Back to Top